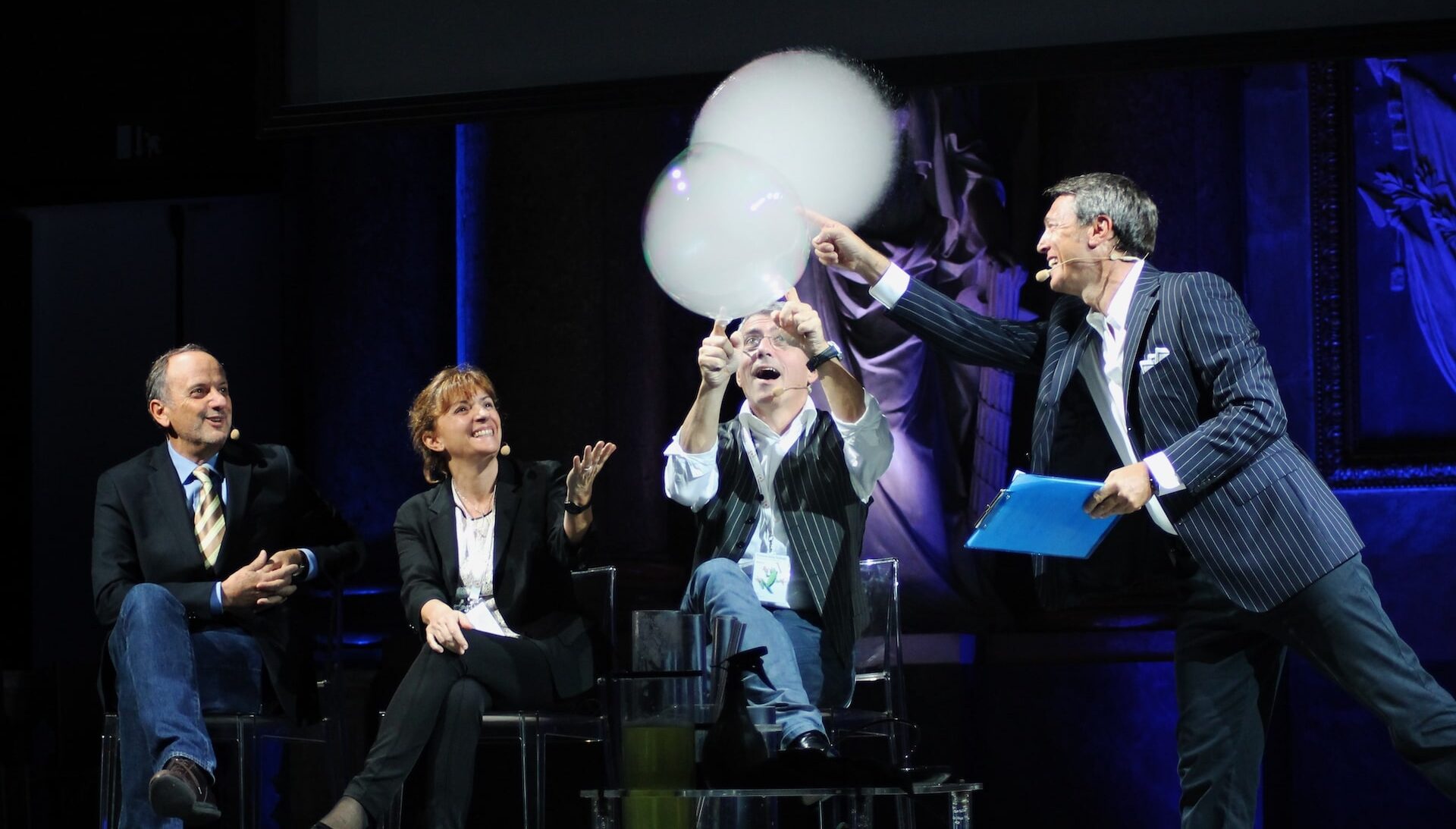 The narrative approach in public events, accompanied by the stimulus of artistic expression, allows the audience to discover connections in the interpretation of reality, opening up surprising new knowledge scenarios. If thoughtfully designed and based on appropriate content, these formats are excellent strategies for fully engaging a non-expert audience.

The artistic performances are carefully integrated into the narrative, delivering an unconventional voice for the scientific story. Once integrated into the format and its contents, artists, scientists, and the general public become involved in defining a common narrative and, ultimately, a new multicultural language. 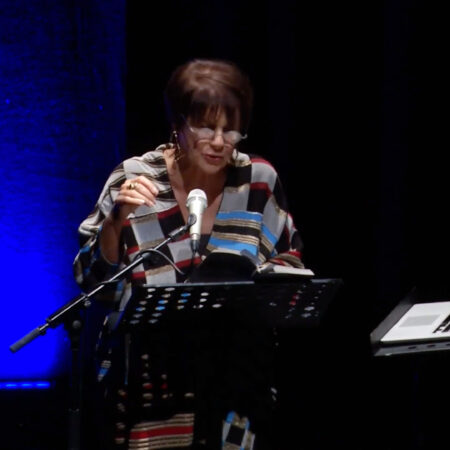 A journey to discover the universe and its many messengers - gravitational waves, light, cosmic rays, and neutrinos - that physicists detect in order to investigate its structure 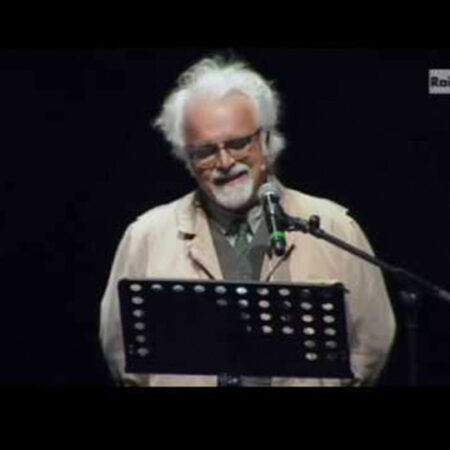 One of INFN’s most successful shows, a dialogue between physicists accompanied by music, literature, and animated drawings, which traces the entire evolution of the universe, leading the audience to explore the very frontiers of our knowledge 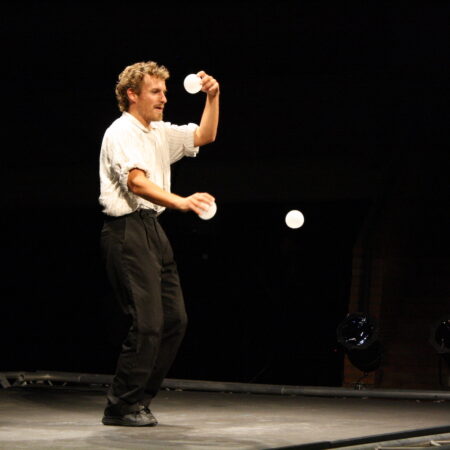 What I Don’t Know

A highly experimental show that interweaves science and street art, guiding the audience to the discovery of some of the most fascinating mysteries of contemporary research such as dark matter, dark energy, and antimatter, in a unique event in which scientific speakers and artistic performances alternate. 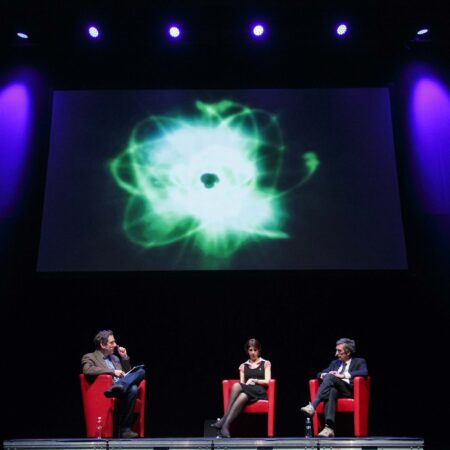 On the occasion of the 2016 study weeks dedicated to a large new particle accelerator, a conference show dedicated to physics, its challenges, and the extraordinary machines built by scientists to unravel the infinitely small. 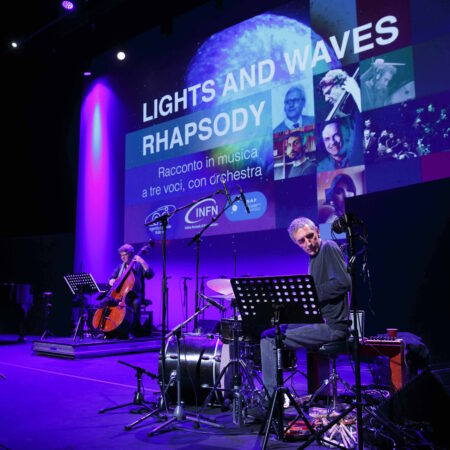 In an alternation of words and music, a three-act narration of the most extraordinary discovery in physics of the last 100 years: the first detection of gravitational waves emitted by the collision of black holes and the fusion of neutron stars 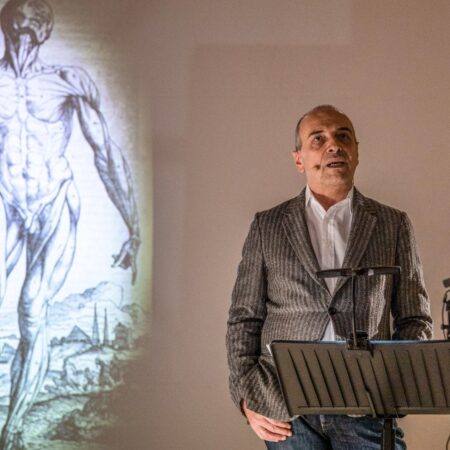 A concert-story on the theme of the body and the technologies we use to describe and explore it, going as far as how the mysteries of the human brain are investigated 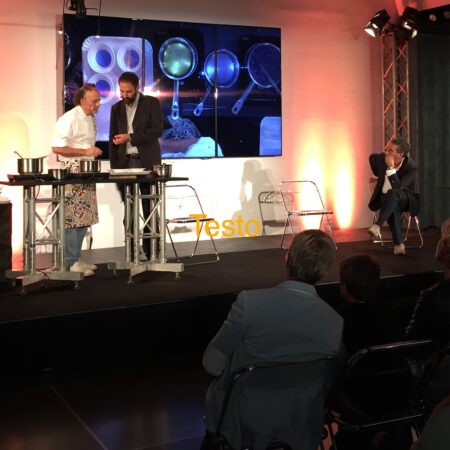 A Taste of the Universe

A universe-themed cooking show, an unusual plot that offers the opportunity to taste culinary interpretations inspired by physics and joke about the similarities between scientists and chefs – two professions that have to do with creativity and research, even if in different ways. 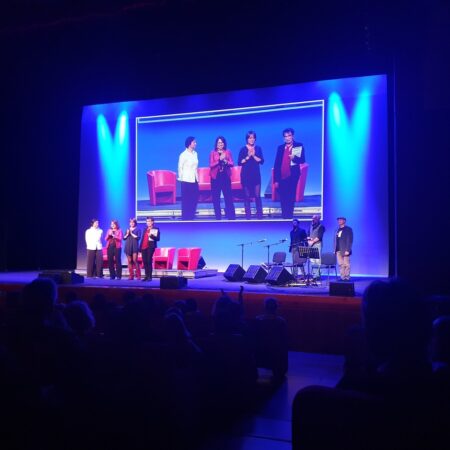 Prompted by the irony of Serena Dandini, three outstanding scientists go over some of the most fascinating ideas about the nature of our universe 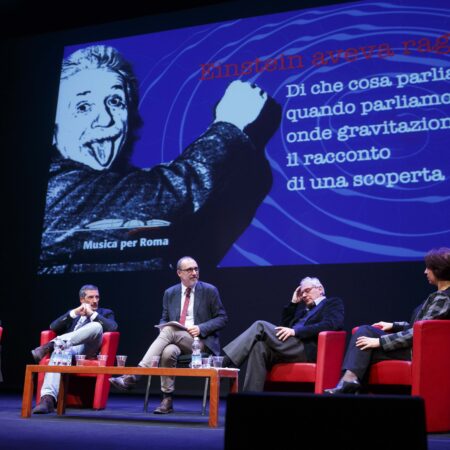 A dialogue between leading researchers on the occasion of a momentous announcement: the detection in 2016 of the first gravitational waves, which opened up extraordinary new perspectives on the universe. 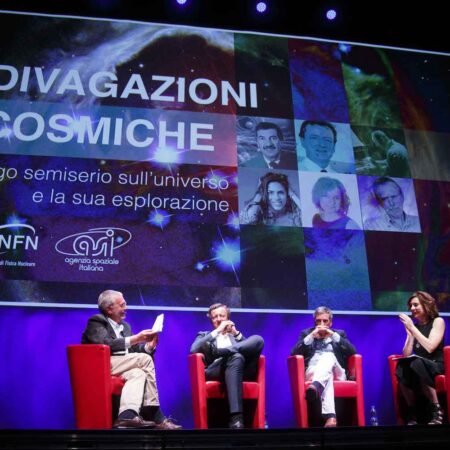 The universe and its exploration as a meeting point between basic research and space missions, in an original dialogue accompanied by music and literature 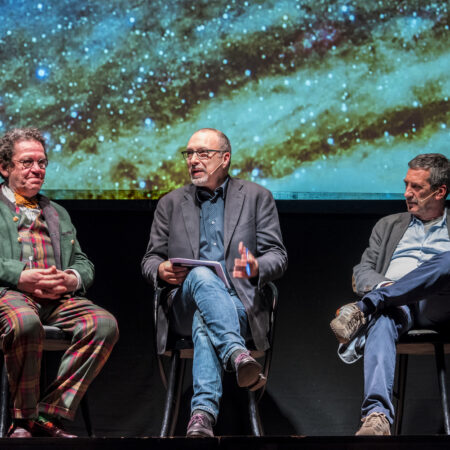 On Art and Science

A journey in search of common languages between art and science, in a dialogue between music and literature with the art historian Philippe Daverio. 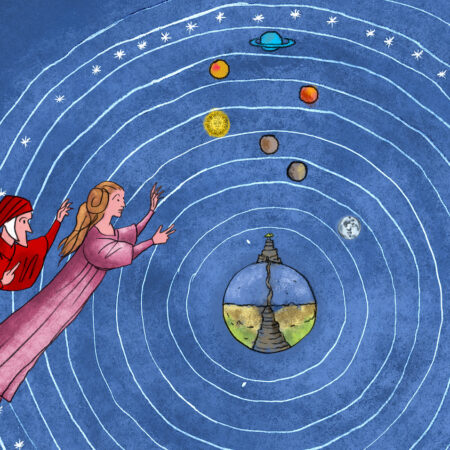 Dante and the modern science 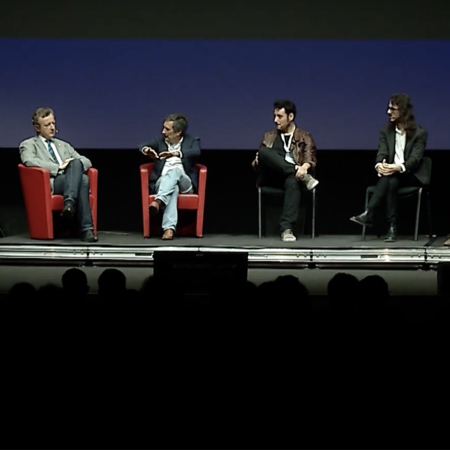 The JackaL and the Presidents