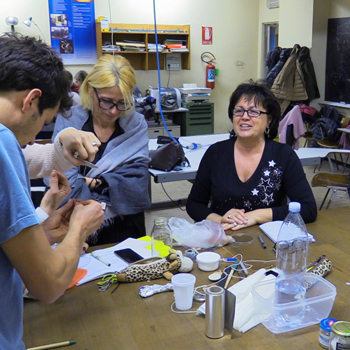 AggiornaMenti is a training course to promote teaching based on a hands-on approach. The programme includes science teaching workshops aimed at science and technology teachers of intermediate schools, but also open to teachers of other school cycles.
AggiornaMenti involves several INFN sites and consists of a series of meetings during the school year in which participants try out experiments in the laboratory, observe and analyse the results, and understand the physical laws governing the phenomena. The aim is to provide teachers with support and ideas for activities based on a “hands-on” approach that are easy to carry out with simple materials that can be proposed in the classroom, even in the absence of well equipped laboratories.

The 2020-2021 edition, due to the pandemic, took place mainly online and featured courses offered by the divisions of Genoa, Turin, Bologna, Ferrara and the National Laboratories of Frascati. The Ferrara INFN division created a new basic level course on coding, with the aim of providing the skills to use computer/electronic tools to study and explore topics relating to mathematics, probability, physics, chemistry, technology, energy, the environment and science in general.

In recent years, the Turin and Bologna divisions have started collaborating with other important organisations operating in the educational sector in their area.
The Turin INFN division was involved in the Next-Land project, in which the Politecnico and University of Turin and the Suor Orsola Benincasa University are also collaborating, with the aim of involving students from institutes on the outskirts of Turin in technical and scientific subjects. The Bologna division, on the other hand, offered its course in partnership with the Golinelli Foundation, which has managed teacher training projects for many years. 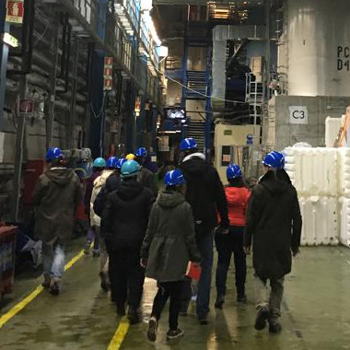 PID – INFN Programme for Teachers is a training course offered by INFN to secondary school teachers.  At least three courses are organised per year at INFN National Laboratories.  Each ...
Courses for teachers 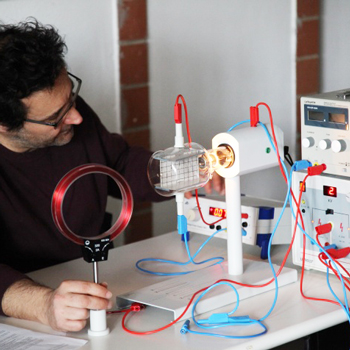 Incontri di Fisica Moderna – Meetings on Modern Physics is a training course organised by the National Laboratories of Frascati for teachers of scientific subjects in secondary schools. The ...
Courses for teachers 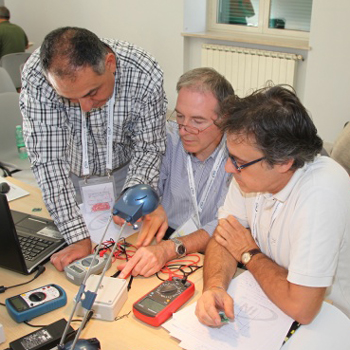 Incontri di Fisica – Meetings on Physics is a refresher and training course for teachers of scientific subjects in secondary schools.  The objectives are to promote the teaching of modern... ...
Courses for teachers