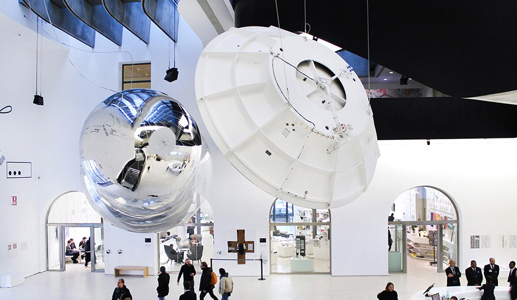 Gravity. Imagine the universe after Einstein accepts the challenge of creating dialogue between contemporary art and science on gravity and gravitational theory

It is not wrong to consider the exhibition Gravity. Imagining the Universe after Einstein as an unexpected side effect of the recent discovery of gravitational waves. A discovery which, in addition to constituting a historic scientific result, has had such global repercussions as to also capture and focus the attention of artists, intellectuals and the world of culture in general on our ability to know the cosmos. Gravity effectively accepts the challenge of creating dialogue between contemporary art and science on this issue: a dialogue whose outcome is by no means to be taken for granted.

The exhibition is divided into three thematic areas – Spacetime, Crises and Boundaries – that have at the centre as many crucial stages of the theoretical vision developed by Albert Einstein, father of the Theory of Relativity that led the German physicist, among other things, to predict the existence of gravitational waves a century before their discovery. More generally, Einstein’s theory revolutionised our vision of the universe, rethinking the categories of space and time and providing us with powerful new tools to describe cosmic phenomena, as well as fundamental particle physics. And it is this radical change in our perspective on the world which dialogues in the exhibition with the visions of a number of important contemporary artists.

The almost dark space of the exhibition is pervaded by the sounds of the Cosmic Concert of the Spanish artist Thomas Saraceno, which derive from a ‘sonification’ of digital signals, generated by very different phenomena and on incommensurable cosmic scales. The data, transformed into sounds, is generated, for example, by the ‘noises’ of deep space and the imperceptible vibrations made by a spider on a large spider’s web; by the steps of the visitors in the exhibition and by the imperceptible deformations produced in the gravitational antennas by the fusion of two black holes; or by the signals of the KM3Net submarine experiment, able to detect the passage of cosmic neutrinos, but also to record the ultrasounds emitted by dolphins and sperm whales. The sounds of Saraceno create harmonies and dissonances, alluding to the inextricable network of actions and reactions, which regulates natural phenomena, interrelating – with a poetic vision – cosmic scales with the microscopic tremors of a spider. Perfectly integrated in this work is the model, a thousand times smaller, of the Virgo gravitational interferometer, near Cascina, capable of capturing and detecting in real time all the acoustic and mechanical vibrations of the Cosmic Concert, which thus become a perceptible metaphor of gravitational waves.

The scientific story and the artistic suggestion are intertwined in the same way in the Horn work by the French artist Laurent Grasso: a reproduction, almost full-scale, of the radio telescope, with which Arno Penzias and Robert Wilson, in the mid-1960s, detected microwave cosmic background radiation. The antenna of Penzias and Wilson, surrounded by the echoes of a forest, becomes a mysterious object, which makes us reflect on our ability to listen to nature and the cosmos, and to decipher the most remote signals. The aesthetic fascination of works of art is balanced by the equally powerful visual impact of a number of original scientific findings, such as the original mirror of the VIRGO gravitational wave interferometer or the antenna of the Cassini-Huyghens probe, orbiting for ten years around the planet Saturn.

Yet another element is constituted by the interactive installations, curated by INFN, which allow us to play with dark matter or to curve spacetime, letting us approach the ideas and discoveries of contemporary research in a playful way. And thus in Gravity, art and science meet, in an apparently natural way, recognising themselves in the same attitude to listen and scrutinise the cosmos and encouraging us to constantly rethink and change the perspective with which we look at the world. 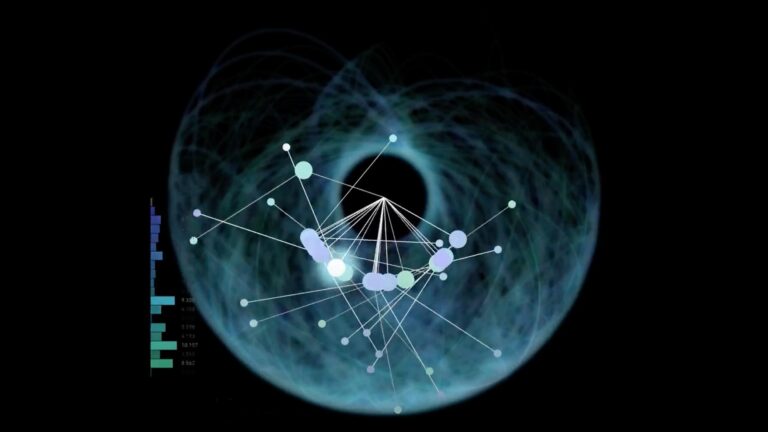 An exhibition aimed to make the idea of uncertainty more familiar, explaining how science “manages” uncertainty in different contexts: from aspects of fundamental physics to the description of epidemics, from climate forecasts to big data and individual profiling.