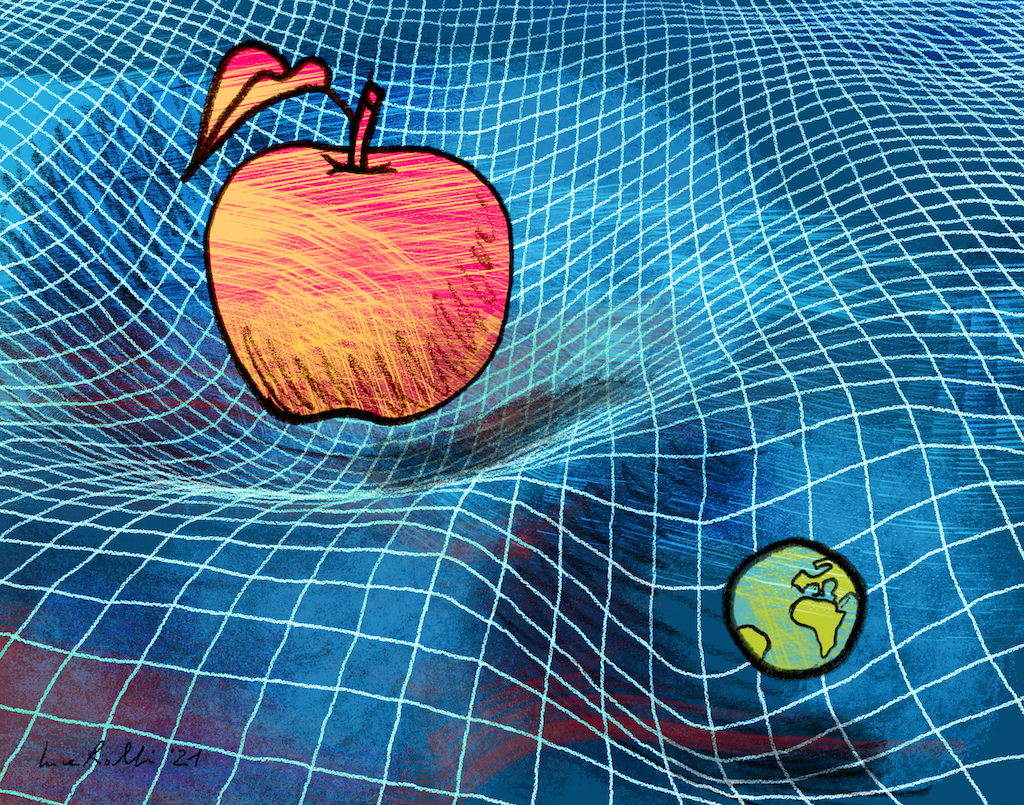 Gravity is nothing more than a matter of mass: it is the effect that an object produces in the fabric of space-time, bending and deforming it according to its mass.

The myth tells that an apple that fell down from a branch in the mid of XVII century in the English countryside inspired Isaac Newton to understand that the force that makes an apple fall to the ground is the same that holds the planets around the Sun. Key elements to describe this force are the masses of bodies, involved in a mutual attraction, and their distance. A little less than three hundred years later, Albert Einstein explained the unsolved aspects of that description by reversing the problem. The masses of the bodies were shaped no longer by a force acting at a distance bringing stars and planets closer together or further apart, but by a movement guided by the structure of space and time themselves.

Gravity is nothing more than a matter of mass: it is the effect that an object produces in the fabric of space-time, bending and deforming it according to its mass. The celestial bodies, resting on the fabric of space-time, move in orbits following funnel-shaped loops generated by larger masses, like marbles on a sand track. And as the masses can change the shape of space-time, their movement can make the surface vibrate: very massive bodies that somehow accelerate while moving shake space-time, generating waves of gravity that propagate in the cosmos and reach us, witnesses of clashes and explosions far away in space and time. 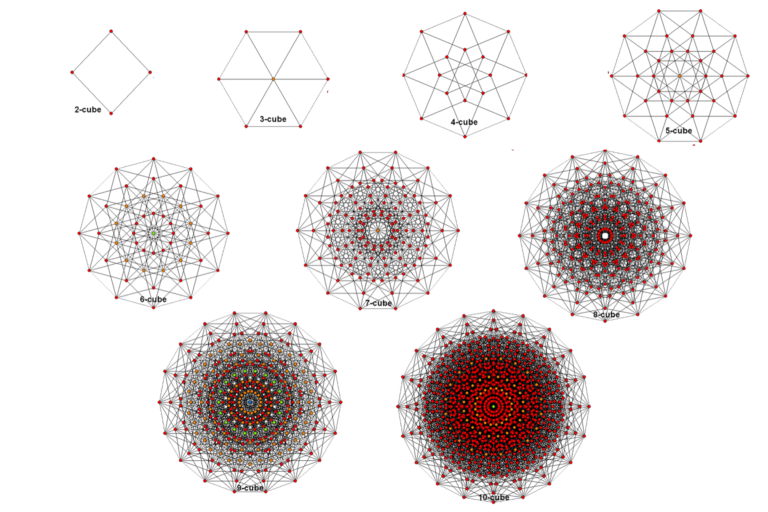 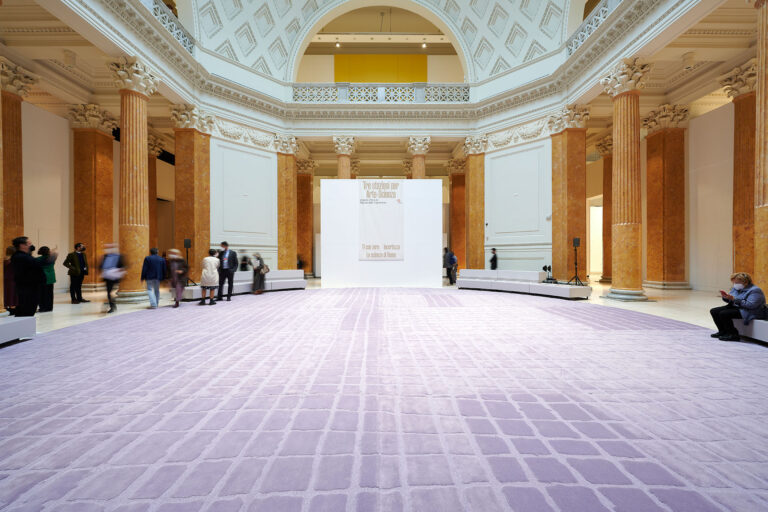 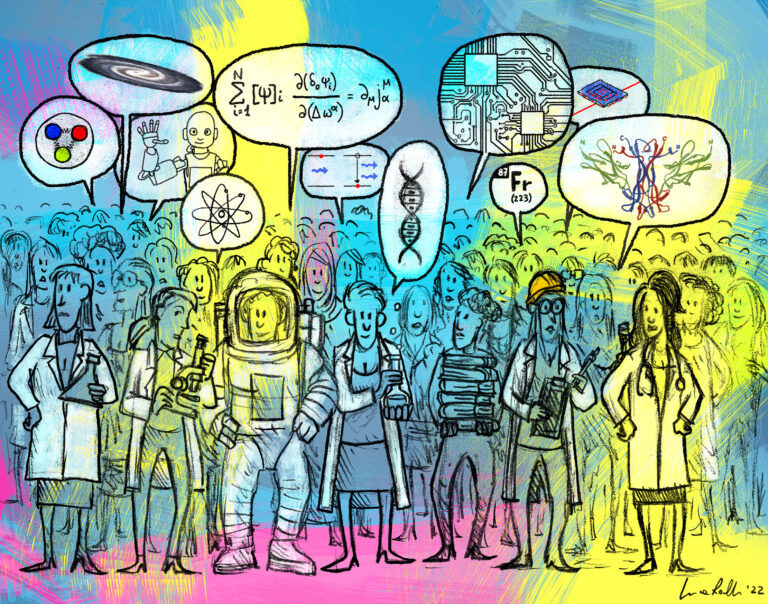